First of all, it is generally assumed that Greek art and architecture influenced Romans. Specifically, in the classical period, Romans copied original Greek statues and architecture. On the other hand, in Greek architecture, some similarities exist with Persian architecture. This influence stems from long years of wars between the Greeks and Persians. In this sense, both cultures interfered with each other and were affected by each other because Persians were a great empire that conquered middle-east, Anatolia, and Asia. Also, Persians and Greek had harmed each other, and Persians destroyed Acropolis temples.

Persepolis architecture influenced Acropolis temples in several aspects. For instance, both Persepolis and Greek structures had similar functions. Also, Persian influence on Greek architecture revealed several different points. These similarities are that both structures represented the glory of their culture, and they were the main places to show respect to the gods or the Emperor. Greek temples were designed to see the temple from each side; specifically, one can see Greek temples from a very distant location. On the other hand, Persepolis structures represented the Apadana belief. The primary purpose of the Persian structure was to glorify the Emperor. Also, Persian was influenced by Greek architecture as well.

Before the Parthenon temple was built, one can find Persian influences in Greek architecture. For instance, the Odeon of Pericles and the Hall of The Hundred Columns in Persepolis. Both structures had the same dimensions: The Odeon was measured 68,50 x 62,40 meters and contained 9 x 10 columns; the room of the Persepolis palace had 10 x 10 columns and was measured 68,50 x 68,50 meters ("Persian Influence," 2020). Therefore, one can highlight that there are certain resemblances between the two structures. Specifically, these kinds of similarities can be found in many Acropolis temples. After all, Persians and Greek interfered with each other for more than fifty years.

Another resemblance between Persian and Greek architecture can be found in the Prytaneum. Specifically, the Prytaneum was an Athenian market, and it was built in 465 BC. It represented Greek democracy, and the Athenians called it merely the tholos ("round building") or skias ("parasol") ("Persian Influence," 2020). That is, the Prytaneum was influenced by the Persian structure because round buildings were uncommon, and the Persian king often was described with parasol. Arguably, one can assume that Greeks were influenced by Persian left-behinds and change the original form with different materials. After all, in this period, the parasol was uncommon and associated with Persians. 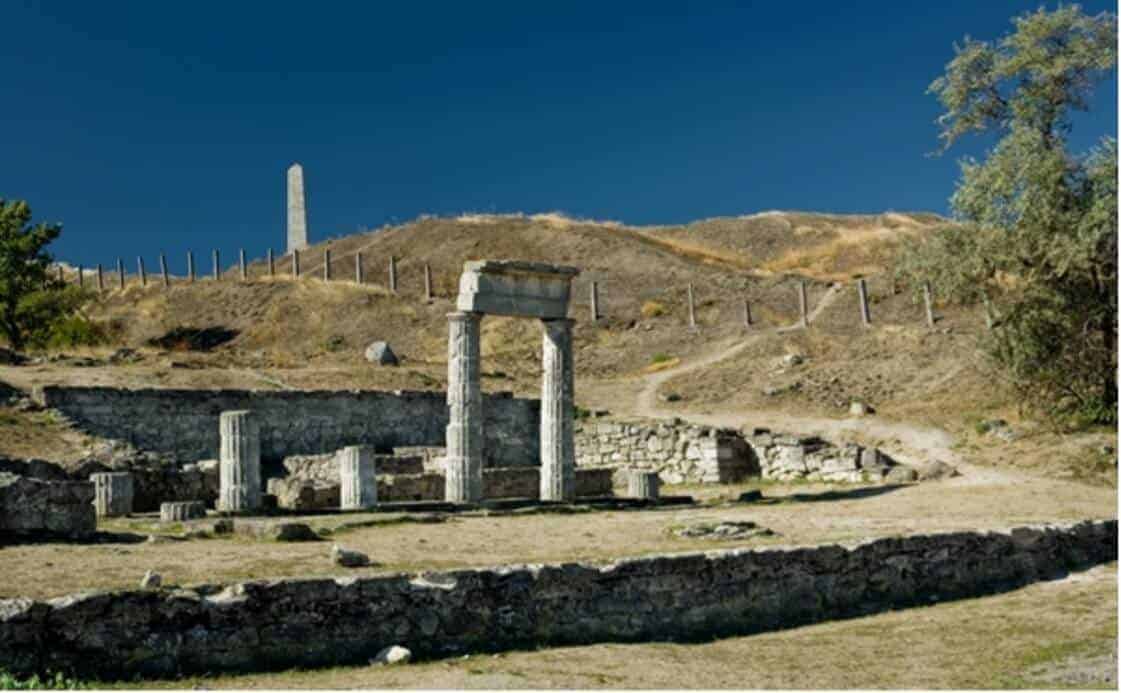 Other than Persian influences, Greek had their architectural style and belief. The temples in Acropolis shows resemblances with each other. These temples are similar to each other because they represent the same function and mythological narratives. Also, their internal structures are identical to each other. For instance, one can see that in the Temple of Athena, Nike and Parthenon have similar measures in the fragments, and they were both built for honoring Athena. Also, both temples can be seen from all sides.

Greeks valued building sanctuaries in honor of gods and goddesses. However, Persian destroyed many temples in Acropolis. Therefore, in the battle of Salamis, the Greeks defeated the Persians by destroying their navy. Frequently, the Persians retreated to Asia. More specifically, the war between Greeks and Persians kept going for years. Both sides had their victories, sometimes Greek won and sometimes Persians. Eventually, in 447 BC Parthenon Temple was started to build. Some historians believe that Athens concluded a peace treaty with Persia in 449 BC, two years before work began on the Parthenon ("The Parthenon," 2020). 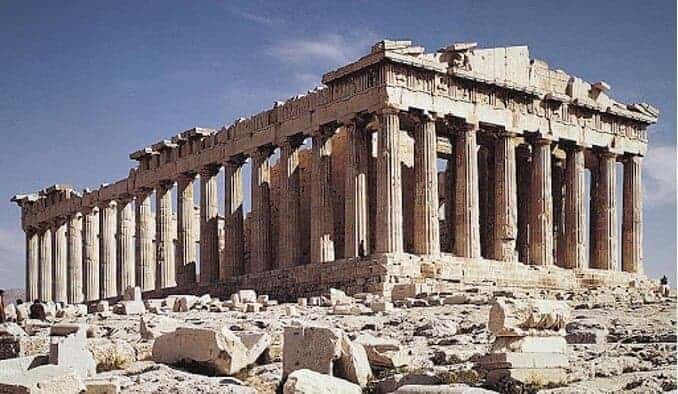 In Greek society, women had not any rights in politics or social life. The only man who was born in Greek had rights in politics. Typically, in this period, Greek figures only include portray of Greek gods and goddesses, but in the Parthenon temple, there were warrior human figures. Therefore, mortal Greek warriors were represented as the equals of the gods and goddesses. In the Parthenon temple, friezes had a classical sense of dimensionality, anatomy, and a great sense of motion associated with Greek-style and mythology.

More specifically, a part of friezes included the war with Amazons, and they were dressed as Persians. One can highlight that Amazons represented Persians, and revealing Persian men in the female body was done to humiliate Persians because in Greek society, being a woman meant nothing. Therefore, the Parthenon temple wound Persians and glorified the Greek Empire.

To sum up, this paper investigated the relationship between Greek and Persian architecture. Specifically, it concentrated on both Acropolis and Persepolis, which were essential regions for Greeks and Persians. In this sense, it focused on examining the Parthenon temple and its relations to Persian influences. Since the Parthenon temple was built to represent the victory of Greeks after long years of wars with Persians, one can suggest that by making the Parthenon temple, Greeks humiliated Persians because, in the one section of the friezes, Amazon women were described with Persian clothes. In Greek culture, women had no rights. Therefore Persians were defined as women. Eventually, one can find resemblances between Greek and Persian architecture. On the other hand, they have differences in their cultures because Greek built temples for honoring their gods and goddesses. Also, in Greek society, there was a democracy. However, in Persian culture, temples and buildings were made for honoring the Emperor. While Greek made sacrifices and gave offerings to gods and goddesses, the Persians gave offerings to their Emperor on New Year's eve. Therefore, one can highlight that there are significant differences between the Greeks and Persian cultures because their societies' dynamics are different than each other. Eventually, Persian influences on Greek architecture helped Greeks improve architectural styles and form in order to create better buildings.

Myself as a Writer Essay

Discover the passion and purpose behind a writer’s journey in the ‘Myself as a Writer Essay.’ Explore writing as an escape, therapy, and tool for impact.

This essay about failure explores the concept of failure as a natural and inevitable part of life and how it can be an opportunity for growth and learning.

Why Dogs Are better than Cats Essay

Explore the benefits of a dog in this why dogs are better than cats essay, including loyalty, versatility, health benefits, companionship, and entertainment.

This procrastination essay explores the causes, impact, and strategies for overcoming it. Learn about the factors such as lack of motivation and more.

Explore the life, leadership qualities, impact, and legacy of the first President of the United States with this comprehensive essay on George Washington.