How to write a rhetorical analysis essay

A rhetorical essay is a type of essay that is focused on how an author expresses himself.

You need to concentrate on the author’s style rather than what he/she is saying. So, the techniques and goals of the authors are way more critical in this type of essay.

The structure is quite similar to other types of essays. Typically, it starts with an introduction and ends with a conclusion.

Rhetoric refers to the skill of effective writing and speaking. In rhetoric, we look at the motives of the author rather than the content.

How did the author design the text to persuade the reader? This is the right approach to rhetorical analysis.

The famous Aristotle introduced the appeals concept. They are used to convince the reader when writing or speaking in rhetoric. 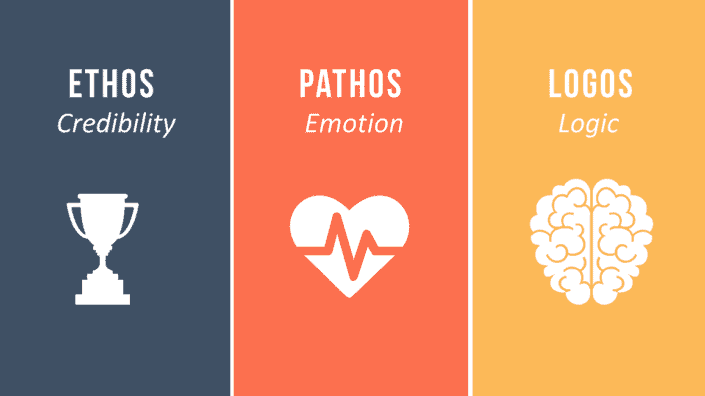 Logos simply refers to using logical reasoning. It is quite common in academic essays.

Recent research by the American Medical Association found that using our medication reduced the risk of heart disease by 35%. This data, together with positive comments from delighted clients, provides significant proof of the success of our solution.

Ethos, on the other hand, is all about ethics. In this appeal, an author should be the authority.

We believe in honesty, integrity, and treating our customers with the highest respect at our organization. These principles are at the heart of all we do, and we seek to act constantly in ways that represent them.

Pathos is used to trigger the emotions of the audience. This appeal refers to emotional speaking, sympathy, anger, empathy, or all kinds of feelings. The aim is to evoke an emotional response in the audience.

As a mother of two small children, I understand how difficult it is to juggle work and family obligations. That is why I am delighted to work for a firm that emphasizes work-life balance and offers extensive parental leave policies to its workers.

While some authors tend to use some of these appeals, three can also be used in a speech or text.

The context of the text

The subject of the analysis is not necessarily a text. It can be a visual, speech, novel, or anything that is linked to rhetoric. Therefore:

Say you’re analyzing Mustafa Kemal Ataturk's speech in Samsun, 1919. If you do prior research on how the Turkish people suffered from never-ending battles, you’ll have a better understanding of the whole speech. So, you can quickly analyze his rhetoric and the audience’s response.

Rhetorical analysis is different from other types of essays. That is, it doesn’t rely on applying prior academic concepts or tactics. Instead, your work starts with analyzing the source text. So, your best concept is generally the source text.

Below, there is a list of critical points on analyzing your text before writing a rhetorical essay:

When you’re reading the text, asking these questions will help analyze the whole context and tone.

Rather than focusing on each rhetoric element, choosing the key ones is essential. Don’t lose yourself in details; focus on the general.

Like other types of essays, you should begin with an introduction that includes a context, background, and strong thesis statement.

A good rhetorical analysis introduction would include:

Below, you’ll find a brief example of a rhetorical analysis introduction.

A woman’s work is never done: many American women grow up with this saying and feel it to be true. Hook: You try to get your reader’s attention with a memorable opening sentence. One such woman, author Jessica Grose, wrote “Cleaning: The Final Feminist Frontier,” published in 2013 in the New Republic, and she argues that while the men in our lives recently started taking on more of the childcare and cooking, cleaning still falls unfairly on women. Context: You provide some background regarding your author and source text. Grose begins building her credibility with personal facts and reputable sources, citing convincing facts and statistics, and successfully employing emotional appeals. Author’s purpose: You highlight the purpose of the author to inform your reader. However, toward the end of the article, her attempts to appeal to readers’ emotions weaken her credibility and, ultimately, her argument. Thesis statement: You state your central argument based on your rhetorical analysis of the source text.

A typical rhetorical analysis essay is 5 paragraphs long. So, you have 3 paragraphs to discuss your findings in detail. However, it can still be longer in some cases.

Don’t forget to focus on different aspects in each body paragraph. Also, all three-paragraph should contribute to your overall topic and thesis statement.

A good rhetorical analysis body paragraph would include:

Below, you’ll see an example of a rhetorical analysis body paragraph:

Along with strong logos appeals, Grose effectively makes appeals to pathos in the beginning and middle sections. Topic sentence: What will the paragraph be about? Her introduction is full of emotionally-charged words and phrases that create a sympathetic image; Grose notes that she “was eight months pregnant” and her husband found it difficult to “fight with a massively pregnant person.” The image she evokes of the challenges and vulnerabilities of being so pregnant, as well as the high emotions a woman feels at that time effectively introduce the argument and its seriousness. Her goal is to make the reader feel sympathy for her. Adding to this idea are words and phrases such as, “insisted,” “argued,” “not fun,” “sucks” “headachey,” “be judged,” “be shunned” (Grose). All of these words evoke negative emotions about cleaning, which makes the reader sympathize with women who feel “judged” and shunned”—very negative feelings. Another feeling Grose reinforces with her word choice is the concept of fairness: “fair share,” “a week and a half more of ‘second shift’ work,” “more housework,” “more gendered and less frequent.” Evidence and analysis: You evaluate the rhetoric of the author with evidence. However, toward the end of the article, her attempts to appeal to readers’ emotions weaken her credibility and, ultimately, her argument. Conclusion sentence: This part summarizes the analysis.

Typically, a conclusion is where you wrap up your arguments and summarize your essay. It shouldn’t be more than 10% of your total word count. Most importantly, don’t present any new information or argument when writing a conclusion.

A good rhetorical analysis conclusion would include:

Below, you’ll see an example of a rhetorical analysis conclusion:

Though Grose begins the essay by effectively persuading her readers of the unfair distribution of home-maintenance cleaning labor, she loses her power in the end, where she most needs to drive home her argument. Summary: You briefly summarize the main arguments in yur essay. Readers can see the problem exists in both her marriage and throughout the world; however, her shift to humor and sarcasm makes the reader not take the problem as seriously in the end. Importance: You broaden the perspectives of your analysis. Grose could have more seriously driven home the point that a woman’s work could be done: by a man. Conclusion sentence: You present a strong and memorable closing statement that links to your hook and thesis.

When you finish writing your rhetorical analysis essay, don’t forget to proofread your paper for common mistakes, as well as grammar (active and passive voice, verb tenses, etc.) and punctuation mistakes.

There are many tools available online. Also, please make use of our tips below before submitting your paper. 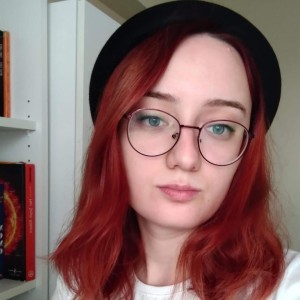 Deniz Akcaoglu
Content editor and writer. Probably out there trying to get into an obscure band she actually hates the sound of.
PrevPreviousHow to write a reflective essay
NextHow to write a scholarship essayNext